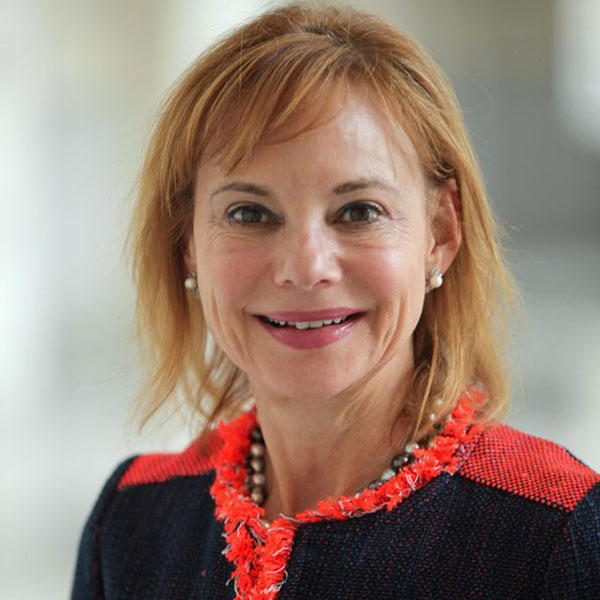 Sherri Goodman is an experienced leader and senior executive, lawyer, and director in the fields of national security, climate change, energy, science, oceans, and environment. Ms.Goodman is Secretary General of the International Military Council on Climate & Security, the global forum for military leaders and security professionals dedicated to addressing the security risks of a changing climate. She is a Senior Fellow at the Woodrow Wilson International Center and CNA, and the Senior Strategist at the Center for Climate and Security. Previously, she served as the President and CEO of the Consortium for Ocean Leadership.

Ms.Goodman served as Senior Vice President and General Counsel of CNA (Center for Naval Analyses) where she was also the Founder and Executive Director of the CNA Military Advisory Board, whose landmark reports include, National Security and the Threat of Climate Change (2007); National Security and the Accelerating Risks of Climate Change (2014); Advanced Energy and US National Security (2017); and The Role of Water Stress in Instability and Conflict (2017), among others. The film, The Age of Consequences, in which Goodman is featured, is based on the work of the CNA Military Advisory Board.

Ms. Goodman served as the first Deputy Undersecretary of Defense (Environmental Security) from 1993 to 2001. As the Chief Environmental, Safety, and Occupational Health Officer for the Department of Defense (DoD), she oversaw an annual budget of over $5 billion. She established the first environmental, safety, and health performance metrics for the Department and, as the nation’s largest energy user, led its energy, environmental, and natural resource conservation programs. Overseeing the President’s plan for revitalizing base closure communities, she ensured that 80% of base closure property became available for transfer and reuse. Ms. Goodman has twice received the DoD Medal for Distinguished Public Service, the Gold Medal from the National Defense Industrial Association, and the EPA’s Climate Change Award.

Ms. Goodman has served on the staff of the Senate Armed Services Committee for Committee Chairman Senator Sam Nunn. She has practiced law at Goodwin Procter, as both a litigator and environmental attorney, and has worked at RAND and SAIC.

In addition to serving on the Advisory Board of the Truman Center for National Policy, Ms. Goodman serves on the Boards of the Atlantic Council; the Council on Strategic Risks; the Joint Ocean Commission Leadership Council; the Marshall Legacy Institute; the National Academies Advisory Committee of the US Global Change Research Program; Sandia National Labs’ Energy & Homeland Security External Advisory Board; the University Corporation for Atmospheric Research (UCAR); and the Woods Hole Oceanographic Institution (WHOI). She is a life member of the Council on Foreign Relations; served on its Arctic Task Force in 2016; and chairs the Advisory Committee on Governing Solar Geo-Engineering.

Ms. Goodman has testified before numerous committees of the U.S. Congress, and conducted interviews with print, television, podcast, radio, and online media. She has been published widely in various print and online media and in legal and scholarly journals. She is a frequent presenter and lecturer to governments, private and public sector organizations, and academia. In recent years, she has spoken at Harvard Kennedy School, MIT, Princeton, Yale, Stanford, University of Chicago, University of Pennsylvania, Middlebury College, Virginia Tech, and Georgetown University. She has been an Adjunct Lecturer in International Affairs and Security at the Harvard Kennedy School, and an Adjunct Research Fellow at the Kennedy School’s Center for Science and International Affairs.