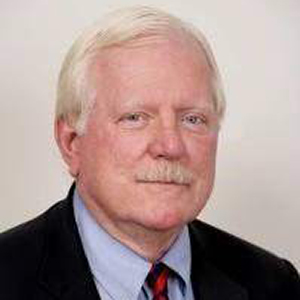 Robert J. Abernethy is President of American Standard Development Company and Self Storage Management Company and Managing Director of Metropolitan Investments, LLC. For well over two decades, Mr. Abernethy served as a director of Public Storage, where he served as Chairman of the Audit Committee and has been a member of the National Association of Industrial and Office Properties since 1988. He is a member of the Self Storage Association’s Hall of Fame and was Director of the Self Service Storage Association where he served as Past National Vice President, Secretary & Treasurer and Past Regional President, Vice President, Secretary & Treasurer. He is a member of the Los Angeles Chapter of Lambda Alpha International. He has been licensed as a California General Building Contractor since 1975.

Mr. Abernethy is a trustee emeritus of Johns Hopkins University, a trustee of Davidson College and a trustee of Loyola Marymount University. He is a member of the US Department of State Advisory Committee on International Economic Policy, a member of the Advisory Board of the Truman National Security Project, a member of the Harvard and Masachusetts General Hospital's Advisory Council for the Center for Synergy, Innovation, and Bioengineering, and the Aspen Institute Society of Fellows. He is a member of the Harriman Society, Harvard Partners, Human Rights Watch, the UCLA Chancellor’s Cabinet and UCLA Arts Board of Visitors and on the Advisory Council of the School of Advanced International Studies Washington and Bologna. He serves on the executive committee and as Vice Chairman of the Atlantic Council and the Pacific Council on International Policy as well as a member of the chairman’s forum of the Council on Foreign Relations. He is a board member of the Albert Schweitzer Fellowship, the Brookings Institution, the RAND Center for Global Risk & Security, the YMCA of Metropolitan Los Angeles, the Music Center of Los Angeles County, the Hollywood Bowl and the Peabody Conservatory.

Mr. Abernethy received a B.A. from Johns Hopkins University, a M.B.A. from Harvard Business School, certificates in Real Estate and Construction Management from UCLA and was formerly employed by Hughes Aircraft Company as Controller of its Technology Division.