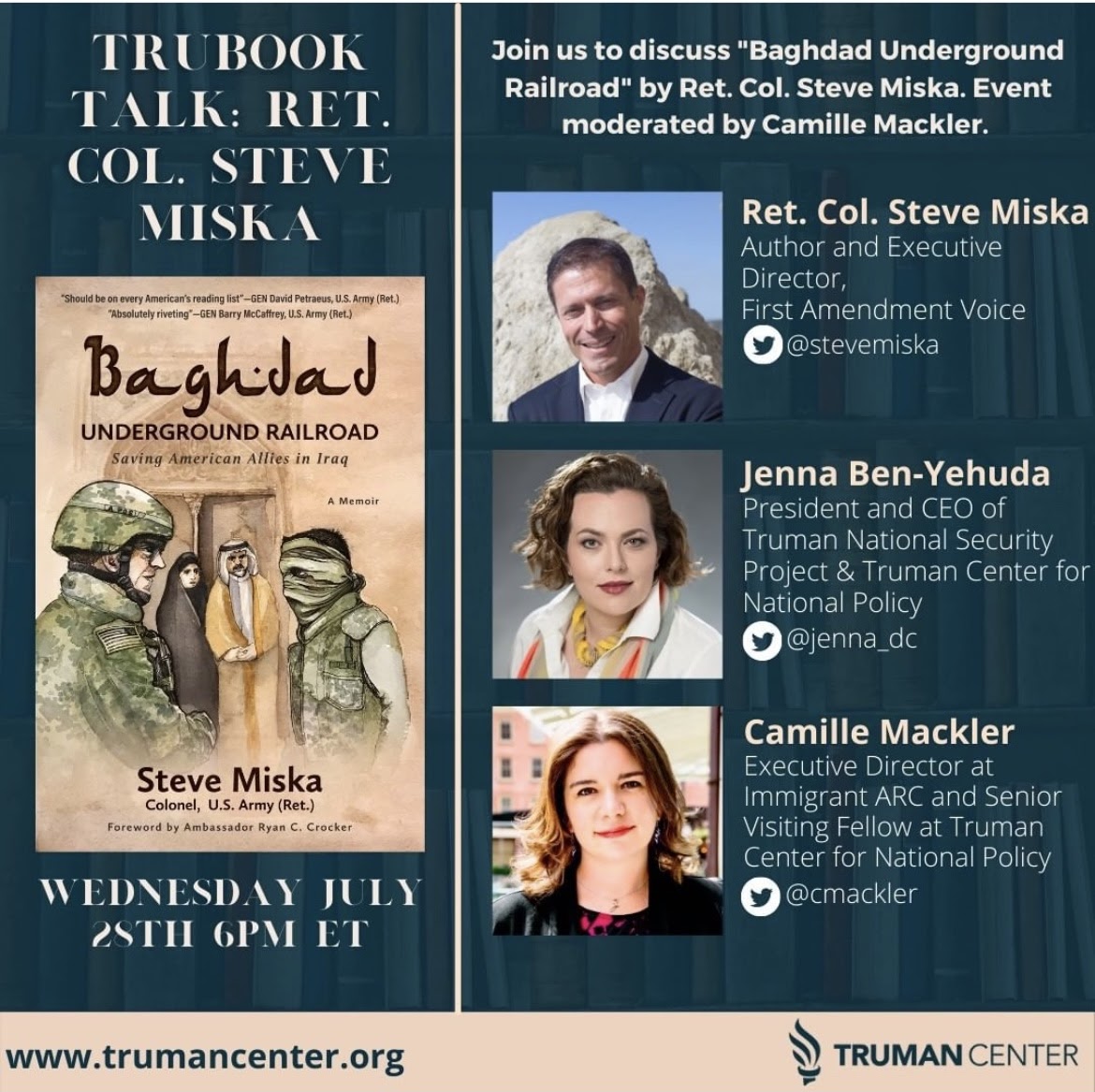 In 2007, Iraq was in the midst of violent sectarian cleansing. Col. Steve Miska led a team that established an underground railroad from Baghdad to Amman to the U.S. for dozens of Iraqi interpreters facing near-certain death at the hands of the “death squads” that hunted down and slaughtered interpreters and their families. Today, thousands of Afghan interpreters' lives are at risk as the US completes its withdrawal by next month. Join Col. Miska as he discusses his book "Baghdad Underground Railroad" and the current efforts to evacuate our Afghan allies, in conversation with Truman President and CEO Jenna Ben-Yehuda, and one of the interpreters Steve helped escape, moderated by Senior Visiting Fellow on Immigration Camille Mackler. Panelists will also speak of the risks faced by Afghans as we end America's longest war, will outline the recent efforts made by a coalition of advocates, including the Truman Project, and will end with a call to action for all who want to be more involved in this critical fight. 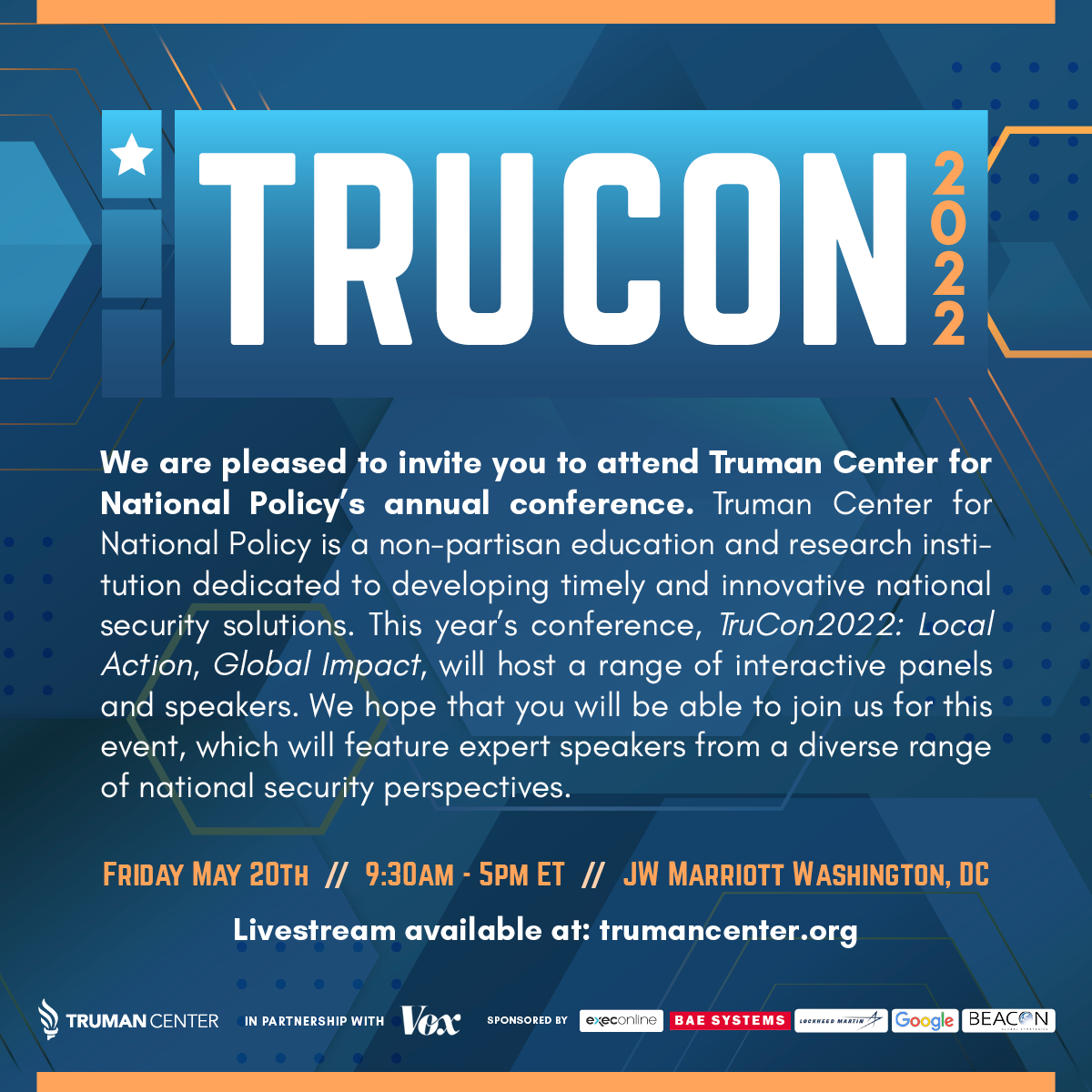 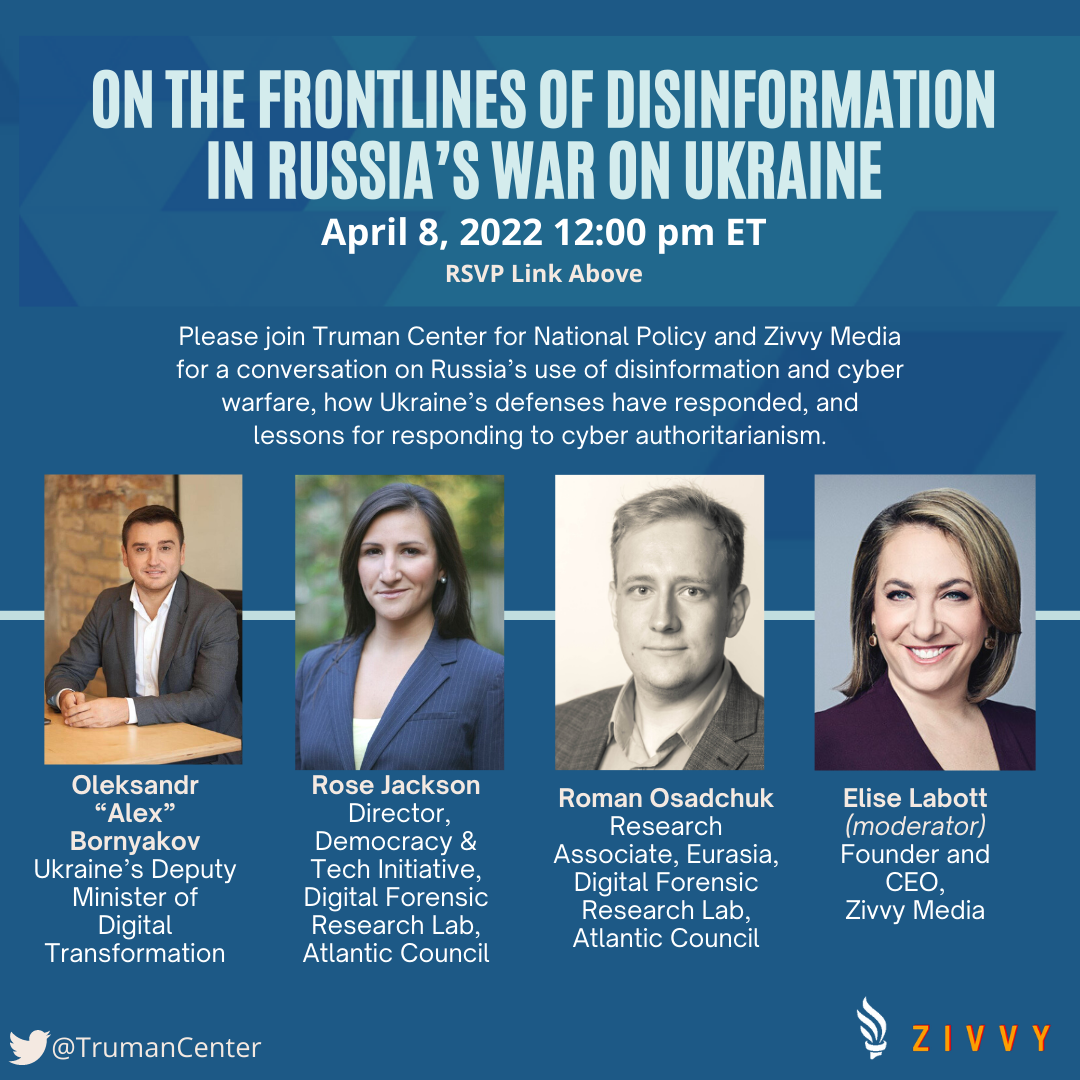 On the Frontlines of Disinformation in Russia’s War on Ukraine