Truman: Honoring the Promise to our Afghan allies 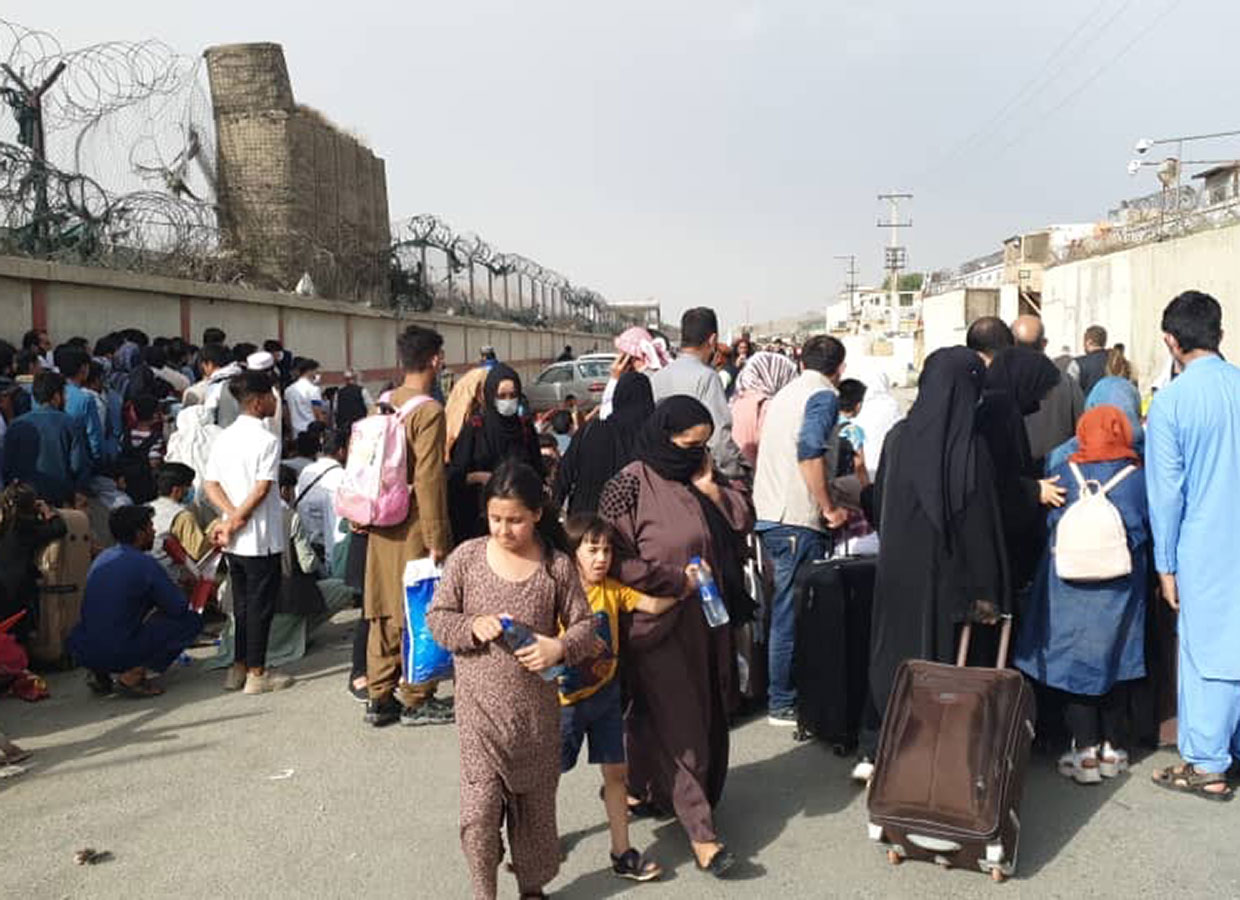 In January 2021, with the U.S. withdrawal from Afghanistan likely in the coming months, a group of Truman members teamed up to write a report on how to improve the U.S. Special Immigrant Visa system to benefit potential Afghan refugees. In April when President Biden, announced his intention to remove all US troops from Afghanistan by September 11, Truman members pivoted to advocacy, pushing the Biden administration to preemptively evacuate allies who had worked with the United States ahead of the full troop withdrawal.

On August 15, when Kabul fell to the Taliban earlier than expected, President Biden pledged to have all US troops out by August 31. The chaotic withdrawal and rush to evacuate Americans and Afghans alike left thousands of Afghan allies who worked alongside the U.S. without a guaranteed exit from the country, rendering them vulnerable to Taliban reprisals. This is exactly what Truman members had tried to prevent.

The Truman community sprung into action. During the two weeks that followed, Truman members from across the country came together to support vulnerable Afghans fleeing the country using creative and ground-breaking partnerships that leveraged the best of what the community had to give.

They didn’t dig into questions as to why their help was needed, when the U.S government was conducting the evacuation -  they just got to work. Over the course of hundreds of conference calls, Signal chats and WhatsApp groups, 53 Truman members led a coordinated effort of close to 200 organizations, working to evacuate as many people as possible. Tapping into their personal networks and leveraging partnerships across business and technology communities, they created an organized system out of chaos – creating manifests, linking Afghans to Marines at the Kabul airport, making sure planes out of Afghanistan were filled, and connecting pilots with countries where they could land.  The Truman community offered agility and massive additional capacity for the U.S. government, for whom Truman became a major resource.  Members of Congress and officials throughout the administration, including from some agencies responsible for the evacuation, reached out to Truman for help getting people out of Afghanistan.

Back in the United States, Truman members organized teams at airports to welcome frightened refugees after their long journey with a friendly face, a hot meal, and orientation on their next steps in America. Truman members worked day and night - taking time off from their jobs, forgoing sleep and time with their families -  to honor the promise our nation made to Afghans who worked alongside the U.S.

During the evacuation, Truman’s Afghanistan Operation Center provided support to members by sending meals, providing child care, walking dogs and taking barriers out of people's lives to enable them to lend themselves to the Afghan efforts.

Those two weeks exemplified the values and heart that unify the Truman community and combined them with our extraordinary capability and knowledge of Afghanistan, military engagement, immigration policy and the interagency process. These efforts helped save more than 1,000 at-risk Afghans and advocated for more than 13,000.

Today, Truman members are working with refugee resettlement agencies, Afghan groups and other non-governmental organizations to help the over 76,000 Afghan refugees who resettled in the US as part of Operation Allies Welcome. From helping refugees find safe and affordable housing and basic services, to teaching them English to finding them jobs and legal advocates, Truman members are continuing to help Afghans integrate into their new American communities.

Truman members are also advocating on behalf of the approximately 74,000 additional Afghans who deserve, and who had been promised, safe harbor in the United States. Truman has joined together with other organizations to urge the Biden administration and Congress to get as many at-risk Afghans safely out of Afghanistan as possible.  Truman continues to support evacuation efforts and members are advocating for passage of the Afghan Adjustment Act -- bipartisan legislation that would grant permanent legal status to Afghan refugees and improve the Special Immigrant Visa process for Afghans who served alongside U.S. service members.

This is the power of the Truman network -  a community bonded together by shared values and a commitment to service that quickly turns relationships into action.

As our national security problems only grow more complex, we all must think and act creatively and keep expanding our capabilities. Truman’s work during the Afghan evacuation offers a model for the power of partnerships between the U.S government, civil society and corporate partners to provide additional capacity at a time when agility is paramount.

We are grateful for the work of our members and for the strength of our Truman community.

BACK TO MAIN PAGE