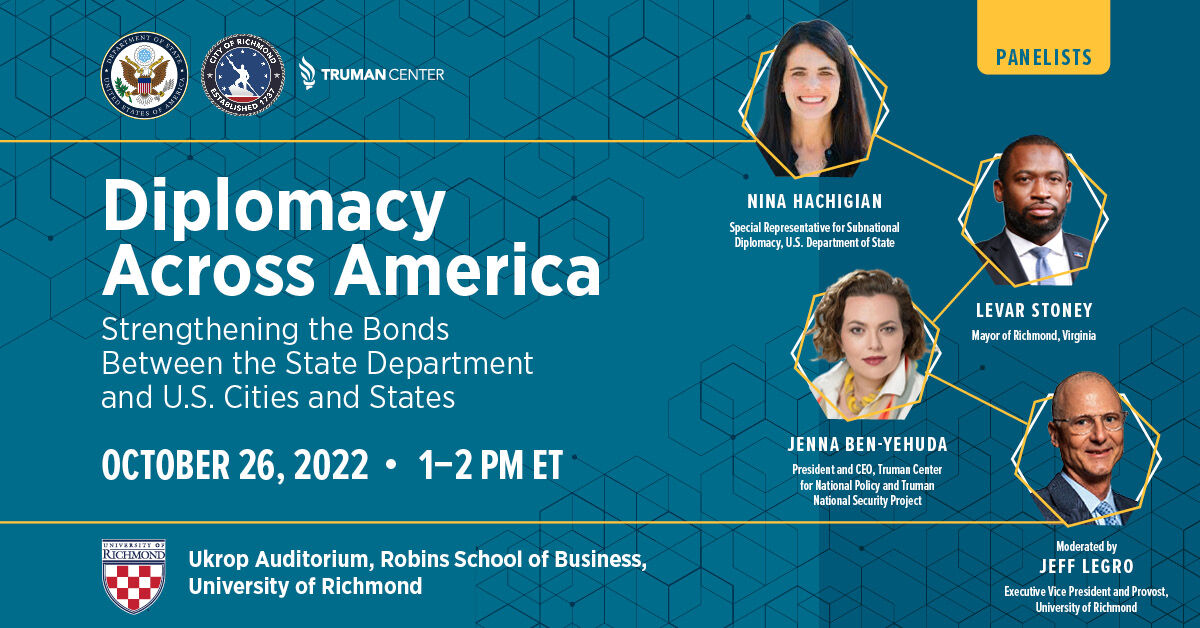 On October 26, the Truman Center for National Policy, U.S. Department of State, and City of Richmond Office of the Mayor held a virtual and in-person event, “Diplomacy Across America: Strengthening the Bonds Between the State Department and U.S. Cities and States.” The moderated discussion was hosted by the University of Richmond, and featured Amb. Nina Hachigian, Special Representative for Subnational Diplomacy at the Department of State; Richmond Mayor Levar Stoney; Truman Center President & CEO Jenna Ben-Yehuda; and University of Richmond Provost Jeff Legro. The panel examined Amb. Hachigian’s new role as Special Representative, the importance of subnational diplomacy to U.S. foreign policy, and how the Department plans to work with cities such as Richmond to help bring the benefits of foreign policy to communities across the United States.

Click here for more information about the Truman Center’s work on City and State diplomacy. 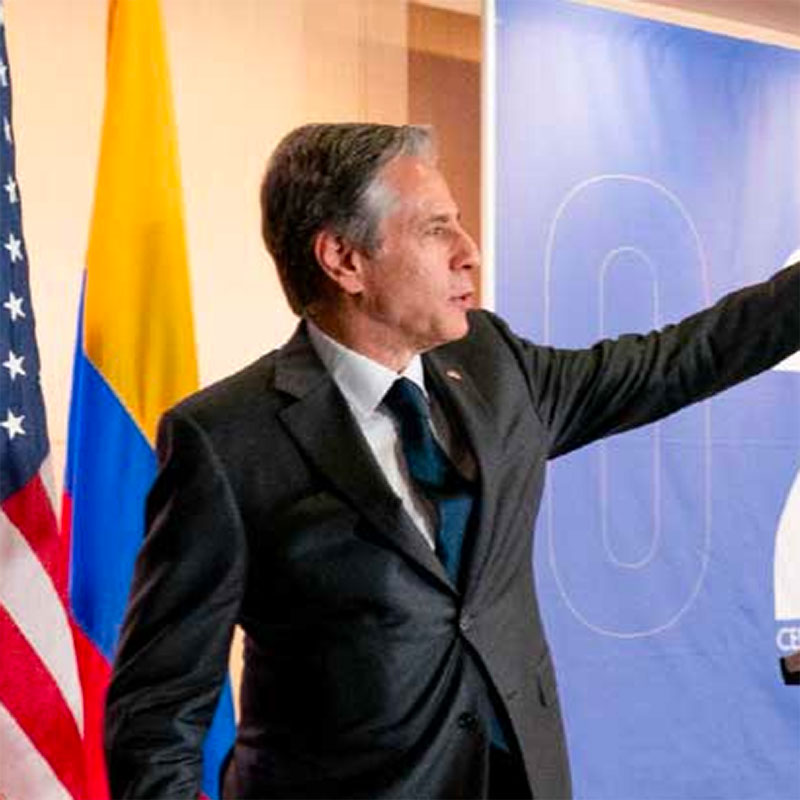