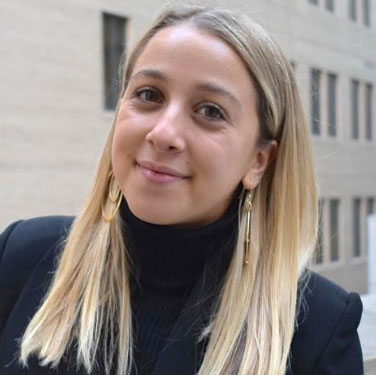 Before joining Truman, Maru served as a field organizer for the Colorado and Georgia Democratic parties. During her time as an organizer, she partnered with volunteers from the Western Slope of Colorado and Sandy Springs, GA to increase voter turnout. She is also a former TruIntern, having worked with the Policy and Advocacy team during an exchange semester in Washington, D.C.  Maru is particularly interested in the intersection of national and foreign policy in the United States and Latin America. A fluent Spanish speaker, she earned her B.A. in Peace and Conflict Studies from the University of California, Berkeley.