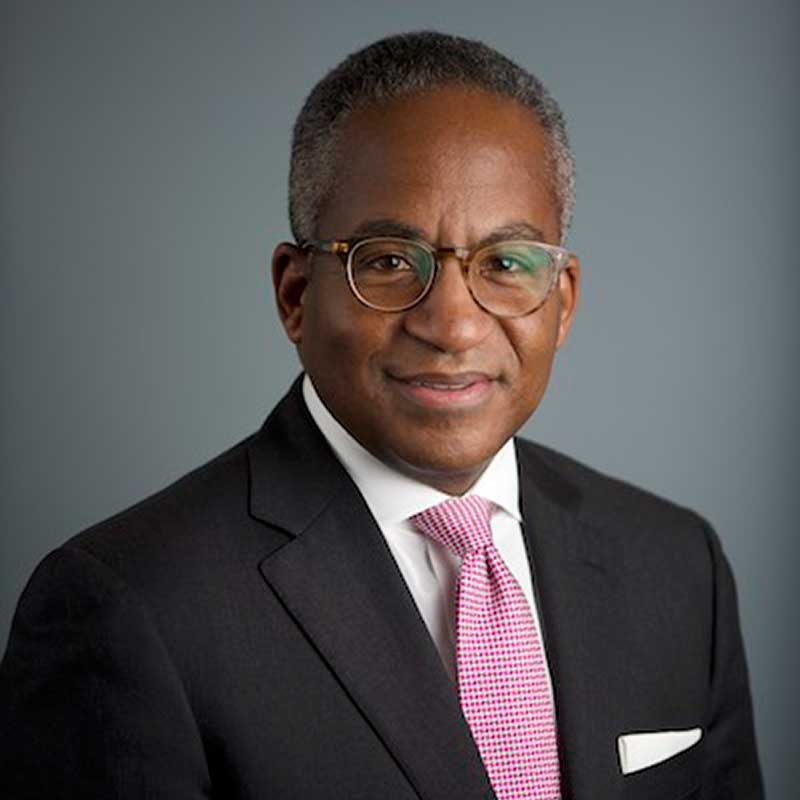 Previously, Johnson was vice president and director of International Government Affairs at Citigroup and deputy assistant secretary of the Treasury for International Development, Debt and Environment Policy in the Clinton Administration. He was also a senior advisor for Resources, Plans, and Policy to Secretary of State Warren Christopher, and a member of the Department of State Policy Planning Staff. He served as deputy director of the Clinton/Gore transition team at the Department of State.

As a member of the U.S. Foreign Service, Johnson held assignments in the U.S. Embassies in Haiti, the Philippines and Kenya. He also served as special assistant to Secretaries of State

George P. Shultz and James A. Baker III. Johnson was a senior program officer at the National Democratic Institute for International Affairs. He was a graduate instructor of U.S. foreign policy and American politics at the City University of Manila, Philippines, and received his B.A. in political science from Rutgers University in 1982.

Johnson is chairman of Foreign Policy for America and is a member of the board of trustees of the RAND Corporation. He also serves on the boards of the International Research & Exchanges (IREX), the National Democratic Institute for International Affairs (NDI), and the Center for U.S. Global Leadership. He has two children, Alicia and Christopher.