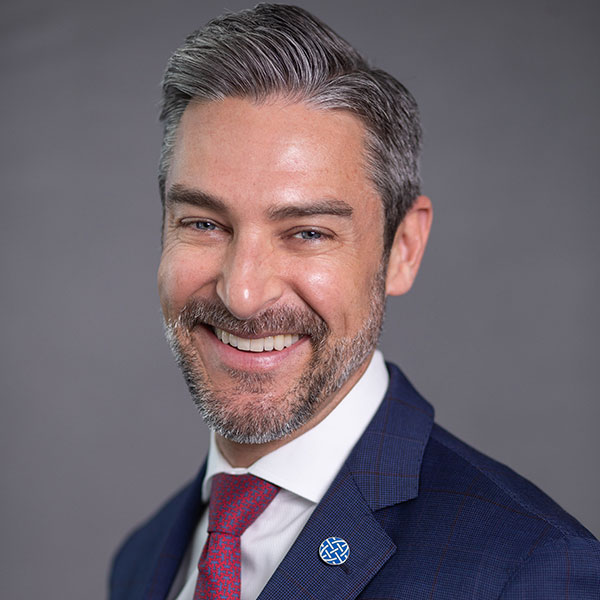 Damon Wilson is Executive Vice President of the Atlantic Council. In this role, Wilson serves as the deputy executive, oversees Council strategy, and manages its 14 centers and programs.

Prior to the Council, Mr. Wilson served as Special Assistant to the President and Senior Director for European Affairs at the National Security Council from 2007 to 2009. He played a leading role in developing and coordinating US government efforts to work with all European nations, including Turkey, as well as the European Union, NATO, and the Organization for Security and Cooperation in Europe; to advance a Europe whole and free; to deter and counter Russian aggression; and to work with Europe on global challenges.

Previously, Mr. Wilson served at the US Embassy in Baghdad, Iraq as the Executive Secretary and Chief of Staff, where he helped manage one of the largest US embassies during a time of conflict. Prior to this posting, he worked at the National Security Council as the Director for Central, Eastern, and Northern European Affairs from 2004 to 2006, helping to enlarge NATO, to partner with Germany, and to support a democratic Ukraine. From 2001 to 2004, Mr. Wilson served as Deputy Director in the Private Office of NATO Secretary General Lord Robertson, playing a lead role on the Alliance’s response to 9/11 and its operations in Afghanistan and the Western Balkans.

Prior to serving in Brussels, Mr. Wilson worked in the Department of State’s Office of European Security and Political Affairs, on the State Department’s “China desk,” and at the US Embassy in Beijing. Mr. Wilson began his service at the State Department as a Presidential Management Fellow helping to plan the Alliance’s 50th anniversary summit, its first post-Cold War enlargement, and military engagement in the Kosovo conflict.

Mr. Wilson completed his master’s degree at Princeton University’s Woodrow Wilson School for Public and International Affairs during which he taught an undergraduate class on NATO and also interned in the African Affairs Directorate of the National Security Council. From 1995-1996, he served as the first Hart Leadership Fellow, working in Rwanda for Save the Children’s Children and War Program. Mr. Wilson graduated summa cum laudefrom Duke University as a Benjamin N. Duke Leadership Scholar. He also studied at the University of Grenoble, France; conducted independent research on democracy in Estonia; and worked for the Unaccompanied Children in Exile refugee program in Croatia and Turkey.

Mr. Wilson speaks French. He has been decorated by leaders of Bulgaria, Estonia, Georgia, Hungary, Latvia, and Poland for his efforts to advance transatlantic relations, and by the living governors of South Carolina for his contribution to the state. He is from Charleston, South Carolina; is married to David Van Lear; lives in Washington, DC; and maintains his family’s farm in the Northeast Kingdom of Vermont.